After the blonde and black hair that I made on the previous list, it’s still lacking if there isn’t a list of the most beautiful white haired girls, right? White or silver color does have its own charm for characters in anime. For girls, they seem even more kawaii. 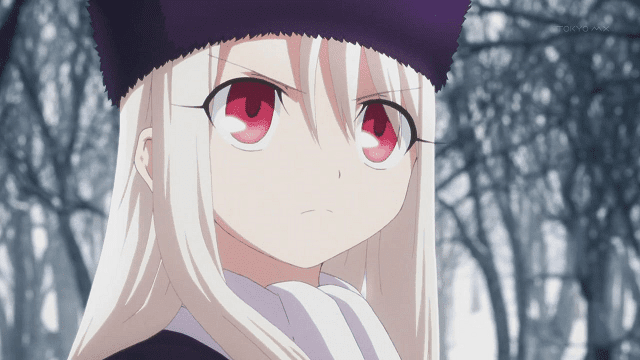 For the first time watching the anime Fate / stay night , Ilya appeared as the master figure of the Berseker-type servant. Of course it’s very contrast, right? A cute little girl is able to summon a Berseker-class servant. Even so, the first impression when I saw Ilya was quite positive in terms of character.

Ilyasviel is a cute girl, a tsundere loli to be precise. With the right portrayal and selection of seiyuu, this Ilya character has successfully won the hearts of many fans. In fact, in a poll aimed at 100 otaku in Japan , Ilyasviel von Einzbern was ranked 7th as the best silver haired character. 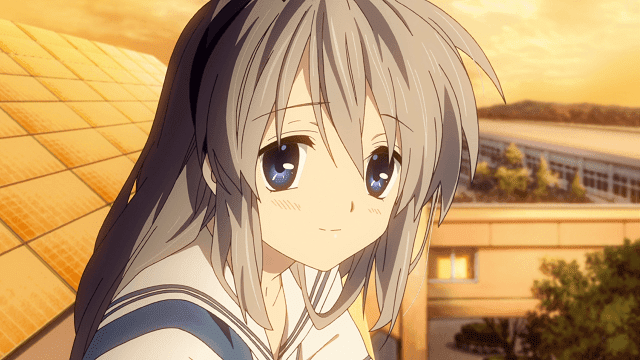 Her beautiful physique and innocent looks make Sakagami Onee-san seem like a shy girl who can’t do anything. But make no mistake because this Sakagami turns out to be a tough fighter . He even often beat some of the people who challenged him.

Despite being physically strong, this girl still has a cute side that she often shows with a ‘gap moe’ that can’t be tolerated anymore. The Poko is pretty. Clannad itself is one of the best romance anime to date, even though this anime is quite old . 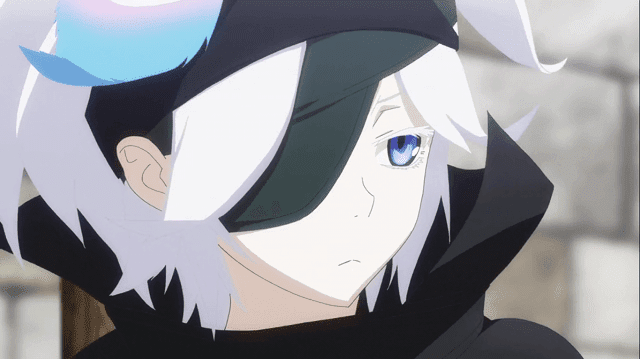 The girl who is usually called Flamie is one of the Six Braves, namely the person chosen to defeat Majin. Her beautiful face is not as beautiful as her life. Fremy is a half human Kyouma. He also never once saw his father because his father had been killed since he was still in the womb.

When he grew up, Fremy went to the human world at the behest of his mother. He continued to slaughter many strong people, until in the end he lost to Chamo. From then on, Fremy was rendered useless by his own mother. Poor, huh?

He also cut off his own horn as a sign to cut off his relationship with Kyouma and decided to look for Majin for revenge. 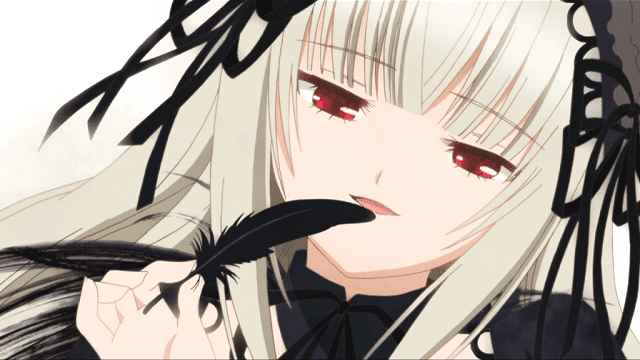 Suigintou is actually a doll that has a gothic appearance. Even so, this character is still beautiful and cute with an innocent face and silver hair on her head. He also sometimes shows a tsundere side which obviously makes a lot of people ‘can’t stand it’.

But, don’t get me wrong, looking kawaii doesn’t mean good. Suigintou keeps a sadistic personality in him. Suigitou doesn’t even hesitate to use any means to get victory, even though this method is considered sadistic and brutal. 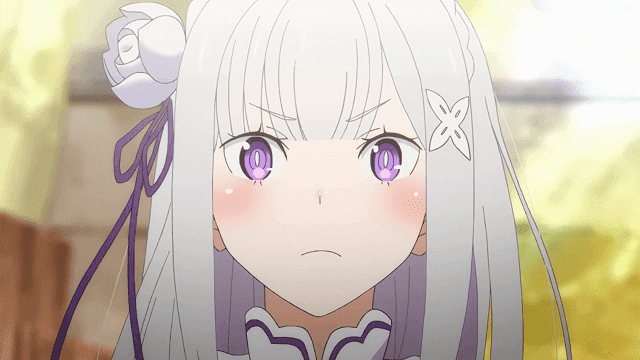 Since it was first broadcast, Re: Zero managed to attract great attention because of the appearance of Emilia, a kind-hearted half-elf girl. Emilia’s body shape is not as beautiful as the girl character in High School DxD . However, Emilia had her own charm because of her cute face that was wrapped in blue eyes and long, flowing silver hair.

In the story, Emilia was killed along with Subaru by a group of robbers. Subaru, who came back to life because he could rewind time, tried to prevent this from happening and save Emilia. Watch it yourself, I’m afraid of spoilers. 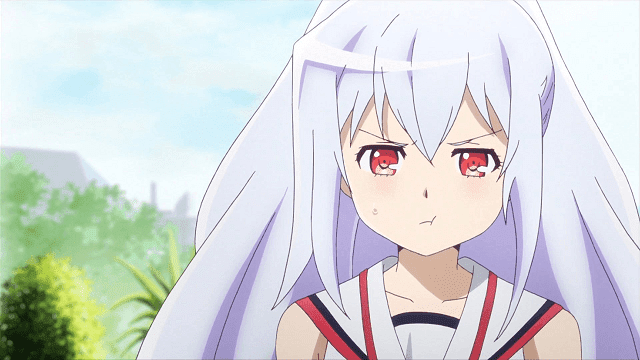 Plastic Memories is a romance anime genre that in my opinion should not be missed, especially for those of you who like anime and those who make you crazy. This anime focuses on a story on a couch where humans live side by side with a robot called Giftia.

Well, Isla itself is one of the Giftia who works at Terminal Service # 1. He is in charge of retrieving expired / damaged Giftia from the owner. In this anime, the Giftia who are damaged have the potential to cause chaos because they have lost their minds. This also applies to Isla when she expires later.

However, he instead put his heart to his co-worker, Tsukasa Mizugaki in his expiration time. Just imagining it is touching, right? Many consider Plastic Memories to be oneanime romance full of excitement . 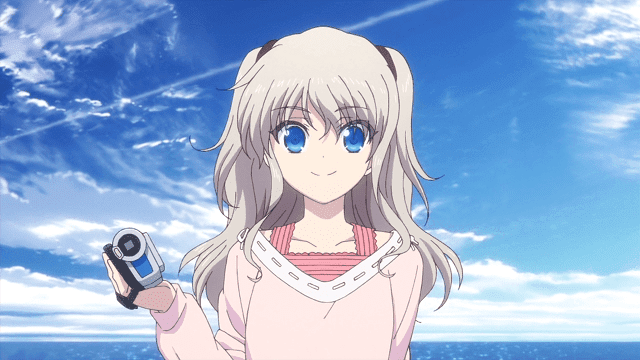 This girl has a bitchy attitude towards people she just met, even though Nao is actually a kind person. In fact, he is very friendly and kind. It was proven when Yu Otosaka was in a slump, Nao was the only person who was able to restore Yu’s spirit to the way it was before. 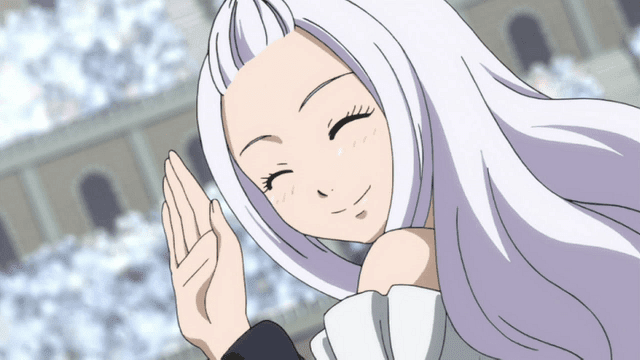 This white haired girl is an S class magician who was once feared very much because of her temper. However, since the death of her sister, Lisanna, Mirajane has lost her magical powers. Even his will to fight was gone. Since then, Mirajane has turned into a girl who is kind and considerate to others.

FYI, besides being beautiful, Mirajane is also very sexy. Having a fantastic posture with plump oppai adds to the appeal of one of the magicians in the Fairy Tail guild. 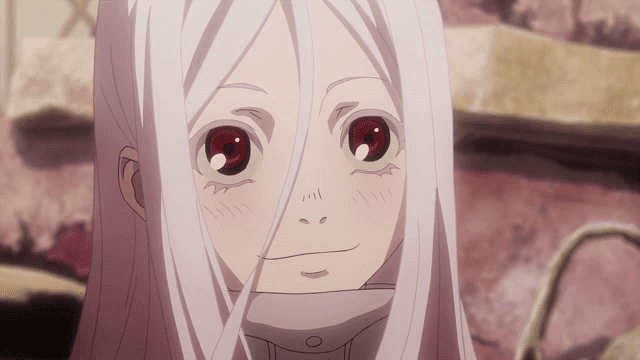 Shiro is an experimental object from Sorae Igarashi and Hagire Rinichiro to become a Deadman. He is also an albino, which is why Shiro has pale skin, red eyes, and white hair.

Deadman Wonderland itself is a prison that has unique rules. The prisoners here will be pitted one on one where the winner can take the organs of the opponent.

As a Deadman, Shiro is a strong character. Countless lives have been lost in his hands. Even so, Shiro is still attractive, right? You who are masochist must match this character. 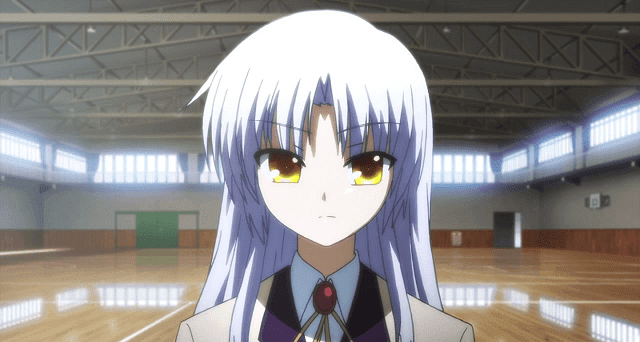 It could be said that Kanade is the most popular white-haired character, at least until this article was written. Kanade himself is a person in charge of maintaining peace in the world there (the world after death). His job is to make sure everyone is able to achieve their dreams that have not been fulfilled in their previous life.

It must be admitted that Kanade has a beautiful hair color. Not to mention that his flat face and ‘cool’ impression clearly made many people amazed at him. Moreover, there is a touching scene when Kanade manages to achieve his happiness before finally being ‘lost’. Duh, so baper!

Those are the 10 most beautiful white hair anime characters. Who do you like the most?